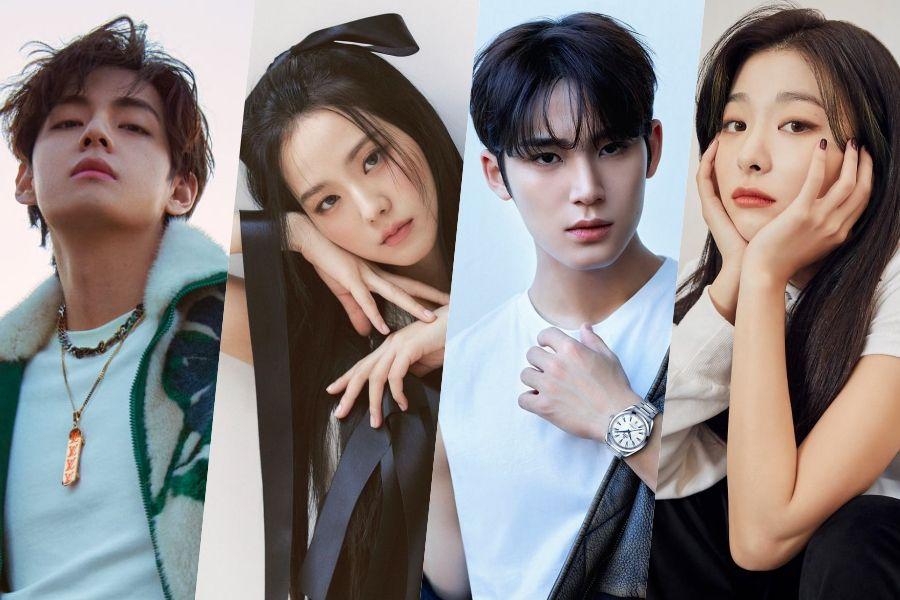 The K-pop world is full of talent, and it’s not just limited to singing, dancing, and rapping – there are lots of K-pop artists who are photographers too! From portraits to people, you might just be surprised at the stunning photographs that have been shot by your favorite stars. Here are just a few great examples!

One of NCT’s main dancers and the artistic genius behind the “Rainbow V ” project logo, Ten is overflowing with talent. As if that isn’t enough, he’s also a fantastic photographer! He has captured lots of beautiful landscapes shared to his personal Instagram as well as cute behind-the-scenes shots of other NCT members and artistic shots on the group’s accounts.

BLACKPINK’s eldest member Jisoo is about as lovely as it gets, but she also captures some really gorgeous photographs! Keep an eye on her Instagram for the occasional peek at her work – her photographs generally capture the beauty of nature including clouds, trees, and even the occasional Seoul skyline with all the skill of a professional’s.

Although Hyunjin has definitely garnered a fanbase for their beautiful paintings, he’s also been known to carry a camera! He’s been capturing a lot of cool street photos on Stray Kids’ recent world tour, so keep checking their Instagram to see when those pics are posted. He’s also shared some cute film photography shots of the other members that are just to die for!

Seulgi is a total street photography pro, and she has been capturing some amazing shots of the scenery throughout Red Velvet’s various travels. From Paris to Seoul, she’s documented the architecture, the people, and the art that makes each city unique. You can really see the world through her eyes thanks to the girl amazing photography!

SEVENTEEN’s Mingyu is a total camera fanatic, and it really shows in his work! He’s dabbled in a little bit of everything including some tricky film photography and the standard (but still special) iPhone capture. All of his photographs feature actually interesting, unique compositions plus subjects that will keep you hooked.

YoonA is a big fan of the film camera, which is an art in and of itself! Her photographs of city structures and other things that catch her eye have a warm, nostalgic feel to them, and she posts plenty of them on her Instagram. She even captions the girl personal work with “photo by yoona” so that they’re easy for fans to find!

A longtime photography fan, V has been posting his photographs to BTS’s social media for a while now – and just recently transitioned to a personal account where he regularly posts his shots. Many of his photos are in black-and-white and have a distinctive surreal image that showcase his artistic vision and make his work unique.

Are you a fan of any K-pop idol’s photography? Give them a shout-out in the comments!

How does this article make you feel?