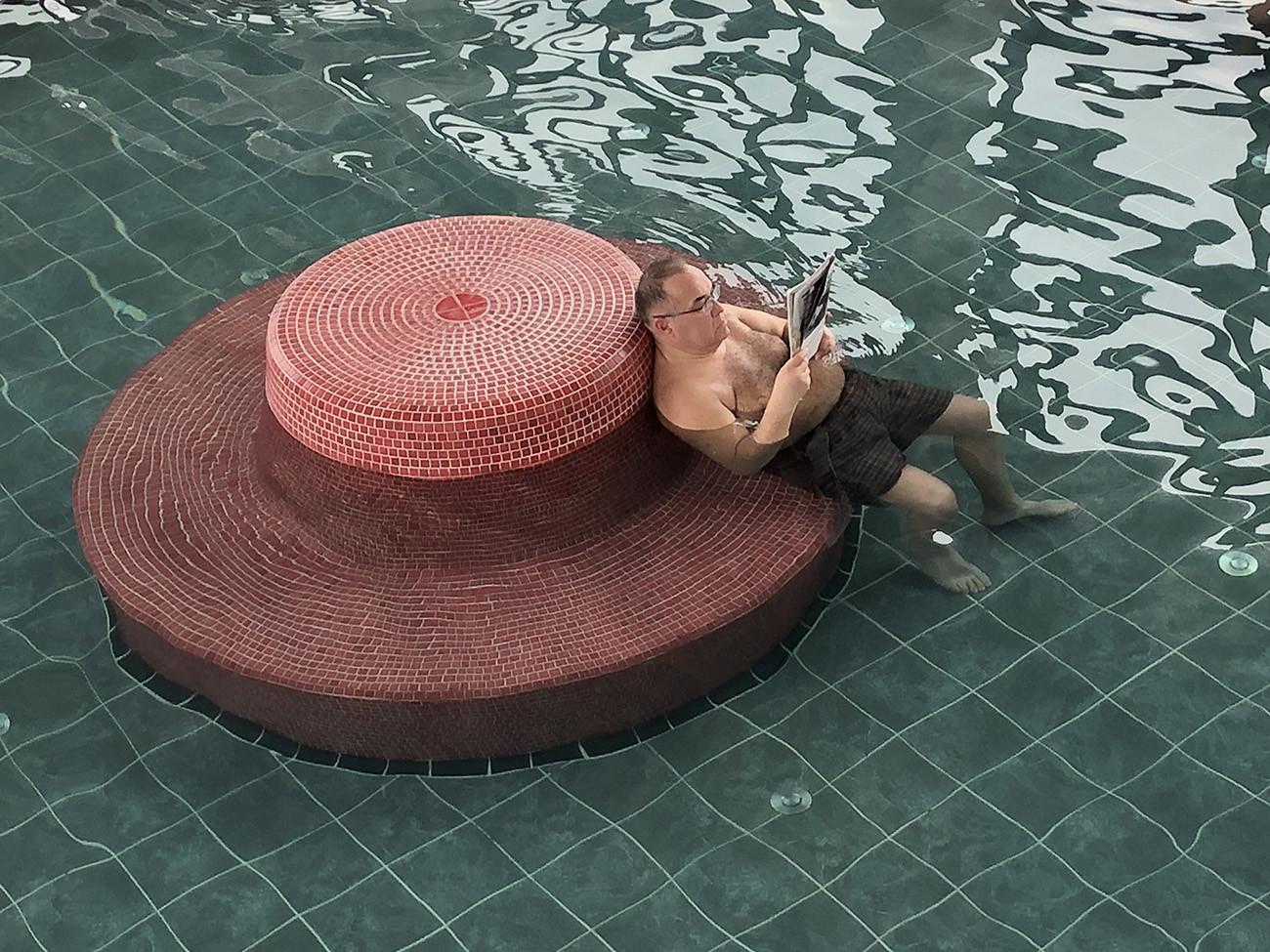 His name is Daniel Psenny. He is a journalist turned photographer. It’s a lovely story. There it is. And tomorrow we will publish a very interesting text he just wrote about Hungarian photography!

It has been three years since I left Paris to settle in Budapest. After forty years of journalism in France, including twenty-one years at Le Monde, I decided to put away my pen and enjoy life.

By stopping to write on a daily basis, I rediscovered the pleasure of photography as I did forty years ago before going on to writing. After all those years of not touching a camera, I felt like I had a brand new eye, curious and, above all, in no way jaded. It must be said that Budapest has a special atmosphere and it is a great playground for a photographer. Whether from an architectural point of view, history or way of life, I am surprised every day.

It is the singularity of this city with its baths, its gardens, its wide avenues, its bars, its monuments and its past that we guess anchored even in the walls. Sometimes, I have the impression of reliving the seventies in France with this form of carelessness, pleasure and solidarity.

Among the hundreds of photos that I have taken over the past three years, the twenty-five images selected for this portfolio do not, of course, represent an exhaustive vision of Budapest. They reflect my view of this city. We go from Nyugati station in the direction of Lake Balaton via the metro and the swimming pools. Without comparing myself to Cartier Bresson, I try to capture “the decisive moment”. Before pressing, I see the frame, the characters, the light and, sometimes, everything lines up in an instant. And there, I experience a real pleasure!

In this selection, I really like this photo of the statue of Lenin wrapped in a plastic sheet and relegated to a corner of Memento Park, the open-air museum of old communist statues. That day, the gray light was magnificent and this abandoned but still “alive” Lenin appeared to me as a metaphor of the past and of the present that has shaken Hungary since the fall of communism. My favorite, however, remains this man serenely reading his newspaper in the Paskal thermal baths, leaning on a ceramic low wall in the shape of a boater. It represents for me the serenity and the sweetness of life in Budapest.

In photos, we cannot cheat with reality even if unfortunately today software allows it. I do not embellish or darken Budapest which lives, fights and resists. I try to show her as she is through looks, light, colors. Budapest is not just a tourist destination.

Despite the “democracy” imposed by Prime Minister Viktor Orban, which muzzles the media, stifles justice and pursues minorities, Budapest is not resigned. And I wanted to show this resistance through several photos of demonstrations such as that of film students against the takeover of their university, the SZFE, or Gay Pride when Orban was harshly attacking LGBTI movements.

In a kind of very personal panorama, I wanted to show behind the scenes, far from the tourist clichés.