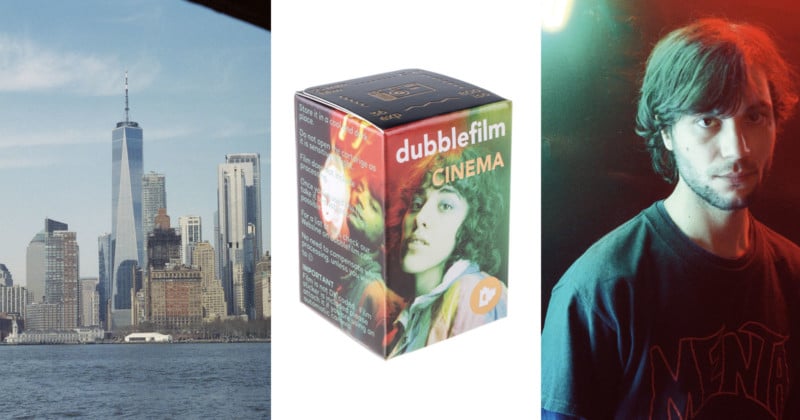 Dubblefilm, a specialty 35mm film and analog camera manufacturer, has launched a new movie-inspired color film named CINEMA that is made from repurposed movie film.

CINEMA is a fast ISO 800 color film for 35mm cameras and is made from movie camera film. The company has removed the protective remjet layer to make it suitable for stills capture. “As we all know there has been a serious drought of color film worldwide the last few months, so we are incredibly happy to be able to provide a new stock in the Dubblefilm family to quench the analog thirst!” Examples of the film provided by Dubblefilm show images with strong colors but with a distinct grain on them that some photographers will be keen to work with. The film appears to be adept at low-light situations.

The 36-exposure C-41 film will retail at $19, but Dubblefilm say that despite offering the film stock for sale right now, it is still a work-in-progress.

“The process of removing the remjet and spooling is extremely time-consuming and in some films there might be some light leaks in the first two to three frames. For electric cameras with DX readers the DX code sticker is included and needs to be applied manually.”

Below are a few more sample images provided by Dubblefilm that showcase the CINEMA film: Remjet is a protective layer on the base of motion picture film that protects from light piping, base scratches, static, and halation of highlights in an exposure.

It is a removable jet black layer that is made of carbon particles and was used on the famous Kodachrome stills film made by Kodak. However, the use of remjet on Kodacrhome made the process of development extremely complicated and had to be done by professional technicians. Remjet can’t be used when employing standard still film processing. Film that has remjet must be processed using ECN-2 motion picture lab processing which is incompatible with the short length used in still photography.