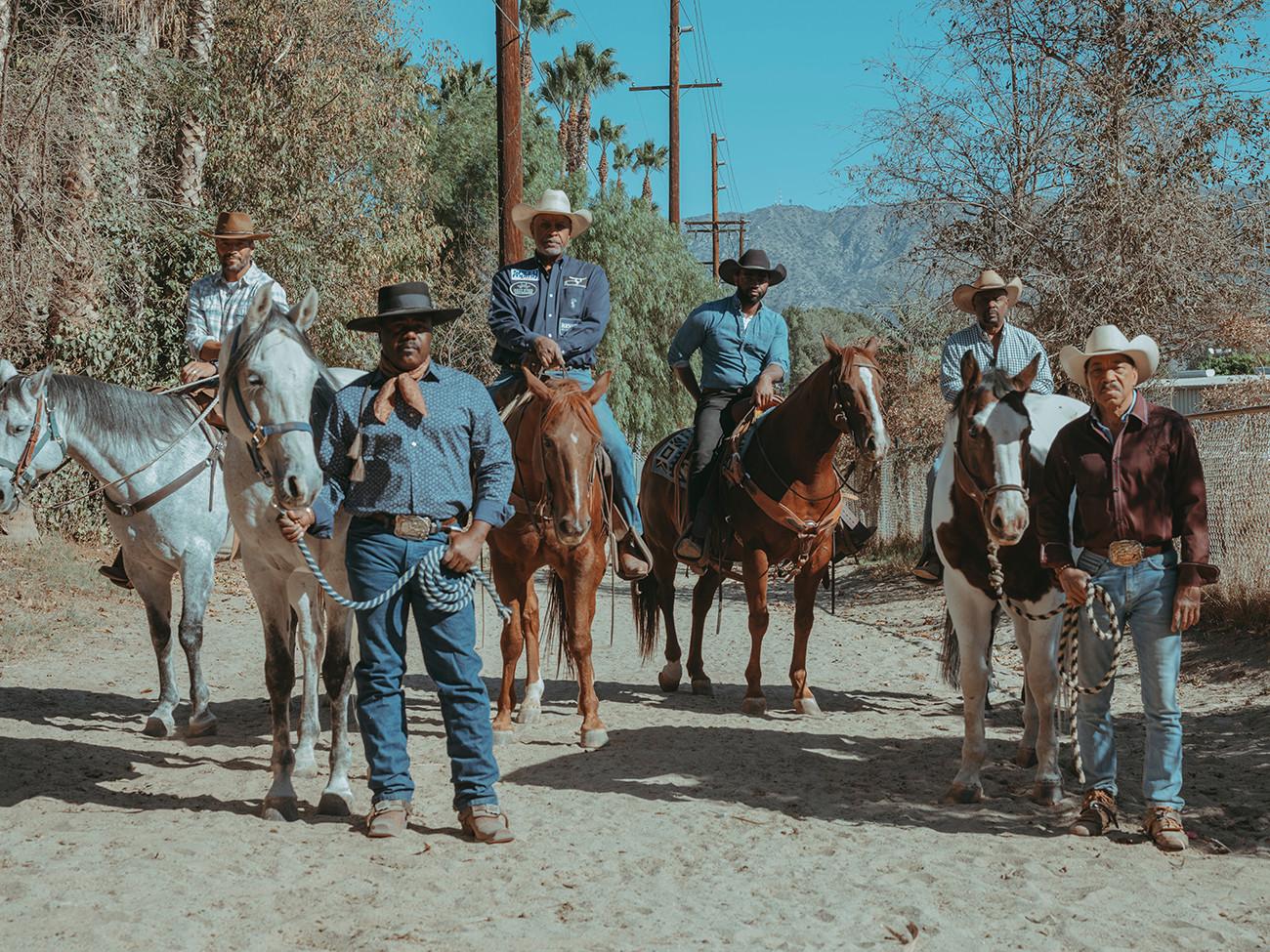 Ivan McClellan’s nearly decade-long relationship with Black rodeos have led him to document everything from contemporary cowboys in Los Angeles and rodeos in Kansas City to ranchers in Arizona and farmers in rural North Carolina. McClellan’s work not only reveals how the “cowboy” is a fluid figure represented by many races, cultures, and genders but it is also an examination of Black joy, beauty, and grandeur.

His photography book, Eight Seconds, highlighting photographs from this body of work, sold out its 600 copy run in less than three weeks. He is currently in talks with publishers and has several exhibitions upcoming around the country.

I was born and raised in a working-class neighborhood in Kansas City, Kansas. My upbringing was like many other black people. My mama took care of my sister and me by herself with very few resources. She worked 2 jobs and tried her best to protect us from gang violence, police, pregnancy, and other poverty traps.

When I turned 17, I was determined to escape Kansas and managed to get accepted to an acting conservatory in NYC. I studied acting, writing, and stagecraft then spent the next 6 years performing across the country. I left acting and taught myself design which brought me to Portland and a second career in advertising.

In 2015 I was drunk at a birthday party and my friend Charles asked me to go with him to a black rodeo in Oklahoma. I said sure and showed up on a sweltering and humid August day to find tons of black cowboys and cowgirls on horseback competing at a Bill Pickett Rodeo. As we talked, I learned that some of them lived in Kansas City, even went to the same schools, attended the same church, and lived on the same block where I grew up.

This was a transformative moment for me. To shift the narrative of my home from a place of poverty and violence to one of ownership and pride.

I come from a place where black folks work the land, tend to animals, rope, ride horses, and identify as cowboys. This is a narrative rarely told by media. People of color are mostly presented as victims, criminals, rappers, or athletes.

I’m now singularly focused on this subject. My aim is to expand the cowboy icon to include people of color. To saturate the world with this image so my kids will draw a cowboy with brown skin.

This work has taken me across the country. I’ve met so many interesting people who are open and eager to tell their stories. I plan to go even deeper as there is much I still don’t know. Always mindful to stay curious, non-judgemental, and to keep my vision sharp.

Ivan McClellan is a photojournalist and designer based in Portland, Oregon. His essays have been featured in ESPN: The Undefeated, Dazed, Atmos, Modern Huntsman, Huck, Cowboys & Indians and Juxtapoz. Ivan has led creative projects for Apple, Wrangler, Stetson, Boot Barn, Tecovas, Instagram and Ariat. His work has been displayed in museums and galleries across the country including, Buffalo Bill Center of the West, Booth Museum, and Griffin Museum of Photography. He has spoken on The Moth mainstage and appeared on the Mountain and Prairie podcast and NPR. Ivan was selected to the 2022 PDN 30. Ivan is a husband and father of two children.

McClellan will be exhibiting this summer and fall in group shows at the Portland Art Museum, Harwood Museum of Art, Tucson Museum of Art, and Lumber Room, as well as a solo exhibition at Eiteljorg Museum.