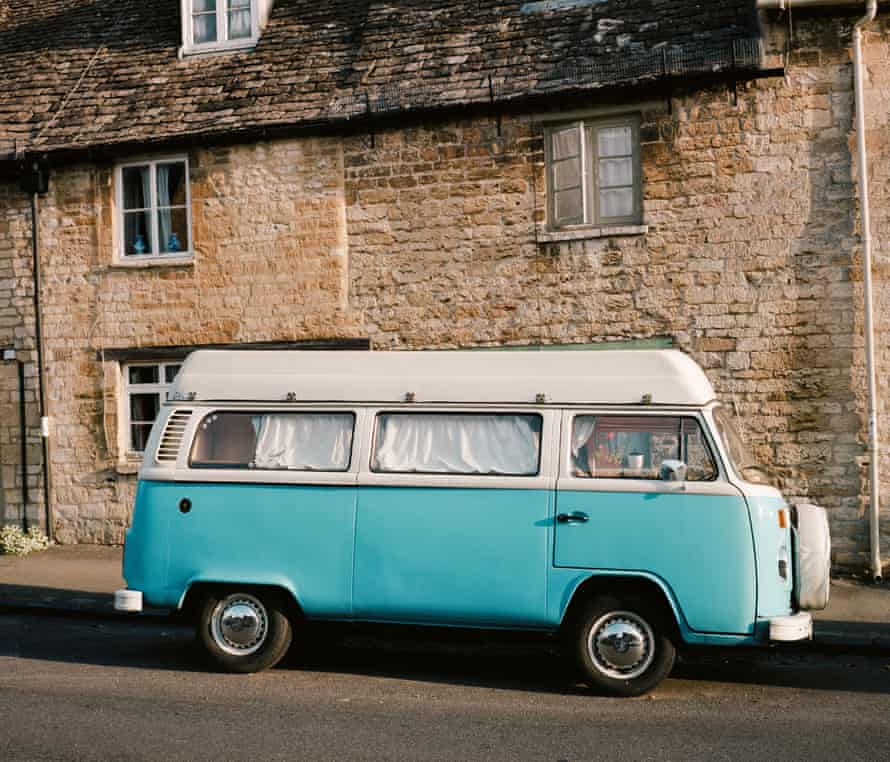 As the country contended with Brexit and the pandemic, the photographer turned her lens on its coastal towns, villages and canals, searching for the magic of summer

An English summer is many things. Technically, it is a season: an expanse of time that stretches, depending on weather and definition, from June’s hedgerow flowers to the overripe reaches of late August. In the imagination, it is something much more. It is a myth, a memory, a balancing act between hope and reality. It is long-recalled picnics in high heat, the grass dry enough to scratch beneath the blanket. It is fish and chips eaten beneath overcast skies. It is listless nights with no air conditioning, bikinis in the park at the first hint of sun, lukewarm beers, baking asphalt, loud music, reckless decisions, grey bank holidays where the shoreline becomes a sea of anoraks. It is a hundred and one cliches and childhoods and cultures and contrasting experiences rolled into one.

Chanel Irvine first set out to document English summertime in 2019, a year after she moved to the UK. As a South African-Australian, her understanding of summer was of something much hotter and more certain. Like many photographers before her, in England she became intrigued by the rhythms and rituals of this much anticipated and frequently disappointing season. Over the next three years she travelled to southern coastal towns and countryside villages from Dorset to Shropshire, and traversed London’s canals. She photographed people caught in moments of leisure, and places that tilted, sometimes on the turn of the temperature, between sparse quiet and bustling crowds. She observed the quotidian rewards of a summer’s day, from kids splashing around in streams and wetsuit-clad swimmers braving Bude’s tidal pool to money changing hands for ice-creams or bunches of flowers. In doing so, she came to better understand the mixed stoicism and joy of this mercurial season that many Brits are determined to make the most of.

A sense of contentment pervades the resulting images, which is notable given their context. Over the course of 2019, 2020 and 2021, Britain officially left the European Union and experienced a pandemic. It has been a time of great tension and uncertainty, full of ruptures both individual and collective. Here, though, there is no sign of fractured national identity or overt loss (of loved ones, of freedom, of years and plans and experiences that can’t be retrieved). Instead, Irvine’s focus is on something lighter and more unified. She captures small gestures and familiar scenes: a snatched glimpse of a couple in repose, passers-by entranced by the gaudy colours of the funfair, the respite of a pub garden on a sunny afternoon after months spent largely indoors. These images focus on pleasure in gloomy times, and take an alert interest in the particular, unchanging quirks of “Englishness” that lead a country’s inhabitants to still head for the beach when a storm is brewing.

Irvine’s eye is an unobtrusive one. Her own presence goes mostly unacknowledged, barring a small number of portraits where her subjects gaze directly to camera. Many of these photos are taken from a slight distance, peering down over busy stretches of sand or witnessing action happening on the other side of the road. Often, we cannot see people’s faces. They are frequently captured from behind, defined by the shape of their shoulders or the texture of their clothes. A solitary woman sits next to her rollator, looking out at a pale slice of sea. Two figures on a bench – friends? strangers? family? – stare ahead at a murky green pond. From this angle, we as viewers are encouraged to see the scene with them: to settle comfortably into the landscape and notice its contrasting shades and telling details.

England itself is also a myth, in the way that all countries are: built on histories and stories and traditions that help to shape a nation for better or worse. A myth can be dangerous. It can obscure the future, beckoning people back towards a past that never really existed (or is better left exactly where it was). Here, though, we see only summer. Summer as a place of respite and community. Summer that welcomes its eager travellers, whether they come bare-legged or wearing wool jumpers. Summer that can’t guarantee much other than the fact that it will happen, and does happen, year after year, come rain or shine.