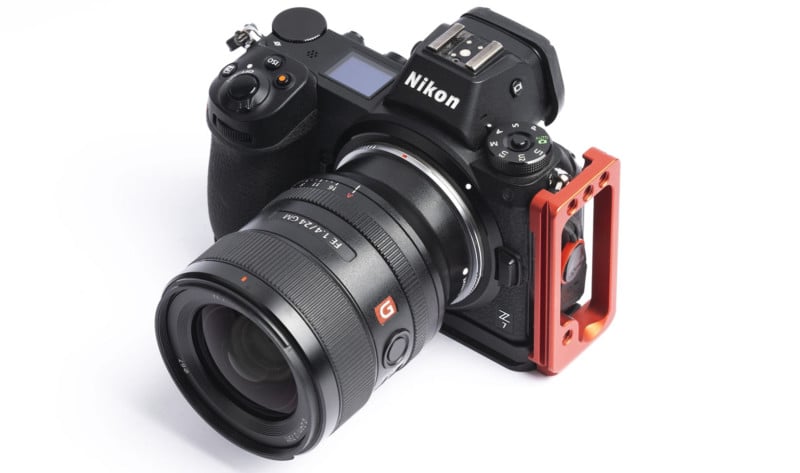 Megadap has announced its second-generation Sony E to Nikon Z autofocus adapter, the ETZ21, which it says solves a lot of the performance and compatibility issues that existed with the original adapter.

Megadap’s first-generation Sony E to Nikon Z adapter, the ETZ11, launched in August of 2021 and promised to allow both autofocus and manual Sony E-mount lenses to work on Nikon Z mirrorless systems in both AF-S and AF-C modes while enabling aperture control and in-body image stabilization. Not only that, but it did so with a design that was only two millimeters thick.

As revolutionary as this adapter appeared, it did not seem to be a perfect product. By Megadap’s own admission, there were numerous performance and compatibility issues that marred the otherwise good idea. It hopes to change that with the new ETZ21. The company says that it updated seven major areas in the new adapter and says that, in theory, it should be able to match all of the functions offered by Nikon’s first-party FTZ adapter but with Sony lenses.

Megadap says it has implemented a new chip and rewritten its programming to comply with Nikon’s new protocols. As a result, the company says it has much fewer compatibility issues than the previous iteration and can now work with manual lenses with or without electronic contact points. The new adapter promises to have improved focusing performance as well, and Megadap says it should be faster and more accurate and overall perform more like a native Nikon lens. Not only that, attached lenses should work with either in-camera or lens-based stabilization and all focus modes are now available including pinpoint focusing. That said, Megadap notes that optimal focusing performance is still found in the AF-C wide-area focus mode and that should be selected for high-speed continuous shooting.

Along with all these changes, Megadap says it has also improved stability and focusing performance to a “massive” degree. The company says it will work with Nikon Zfc, Z50, Nikon Z5, Nikon Z6, Nikon Z6 II, Nikon Z7, Nikon Z7 II, and Z9 cameras. It supports Sigma, Tamron, Zeiss, Voigtlander, and Samyang optics, but not Viltrox or Yongnuo lenses.

The Megadap Sony E to Nikon Z autofocus adapter ETZ21 is available from the company’s website for $250 and comes with a two-year warranty, although no warranty service will be honored for any adapter purchased through other means. Megadap says it will start shipping the adapters starting May 30.