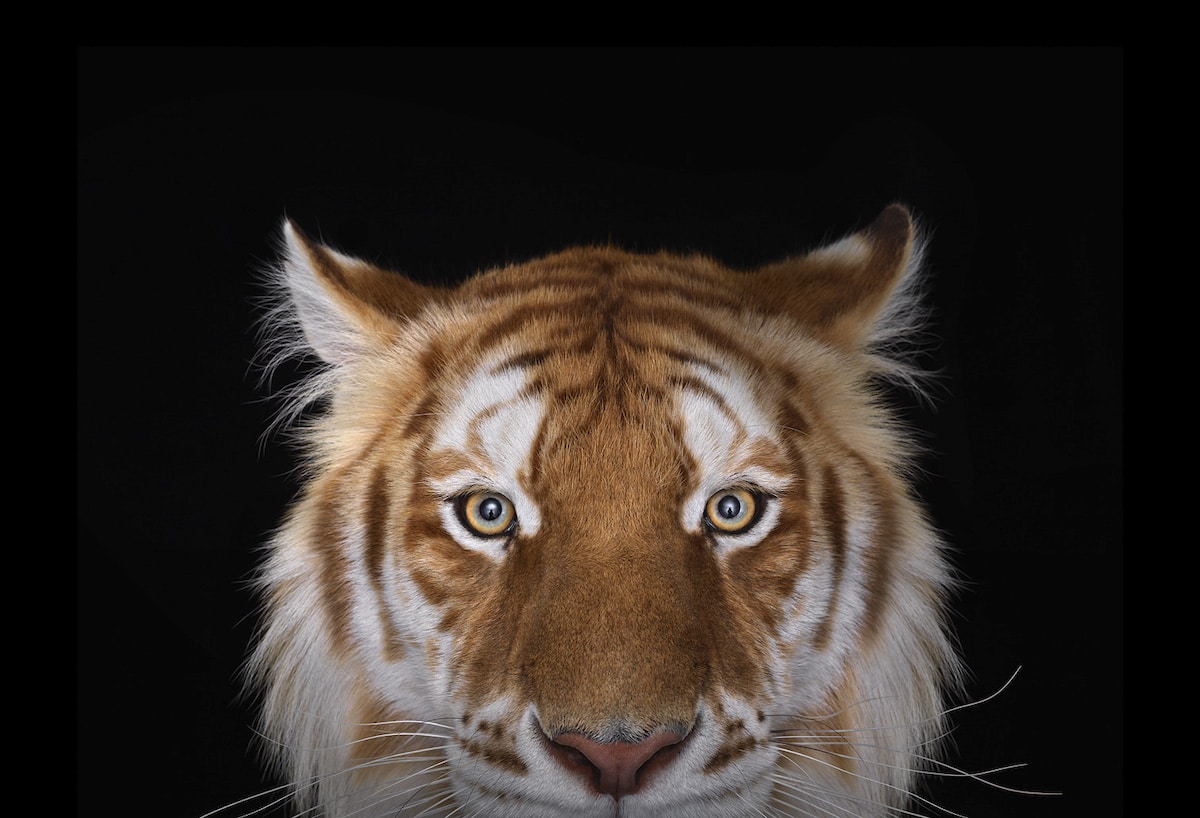 Golden Tiger
This post may contain affiliate links. If you make a purchase, My Modern Met may earn an affiliate commission. Please read our disclosure for more info.

Driven by the notion of an “authentic encounter,” photographer Brad Wilson has spent the better part of a decade snapping pictures of animals. Working with zoos and wildlife sanctuaries, he brings creatures into his studio and, setting them against a black background, captures a portrait worthy of any dignitary. Now, he’s bringing together his best work in a new book titled The Other World: Animal Portraits.

When Wilson brings these living animals into his studio, he allows them to behave as they naturally would. It’s within this environment that magic occurs. Wilson actually describes his work as “meditations in the middle of organized chaos–lots of human activity and animal movement–with little actual control.” In fact, he estimates that he spends 99% of his time observing and just 1% of his time clicking the shutter.

It’s here that his experience shines through, as Wilson is able to discern those fleeting moments that merit a photograph. Thanks to this ability, he captures the soul of each animal. And by using a plain backdrop, Wilson has made the purposeful choice to capture an animal portrait just as he would with any human.

“Portraying wild creatures in this manner questions the underlying nature of identity–what it means to be human and what it means to be animal,” he shares with My Modern Met. “The resulting image offers the viewer a powerful sense of intimacy and authentic encounter–an experience not normally possible in the wild, or even in captive settings.”

With his new book, Wilson hopes that people will gain a deeper understanding of the complexity of animals. “I hope the book can stand as a worthy testament to our wild relatives, a bridge of sorts, to remind us that we are not alone, we are not separate; we are part of a profoundly interconnected diversity of life. In each animal’s gaze, we see a part of ourselves and catch a fleeting glimpse of another world, a world we once fully inhabited.”

The Other World: Animal Portraits, published by Damiani, is now available. His best work is compiled in his new book, The Other World. Through his photography, he hopes to capture an “authentic moment” with these animals. He allows each animal to move freely in the studio, creating what he calls “organized chaos.” Within this chaos, he’s able to capture portraits of these animals as they reveal their true selves. Simple Portraits Reveal the Unique Personalities of the Animal Kingdom