The big picture: the Catalan capital finds its swagger – The Guardian 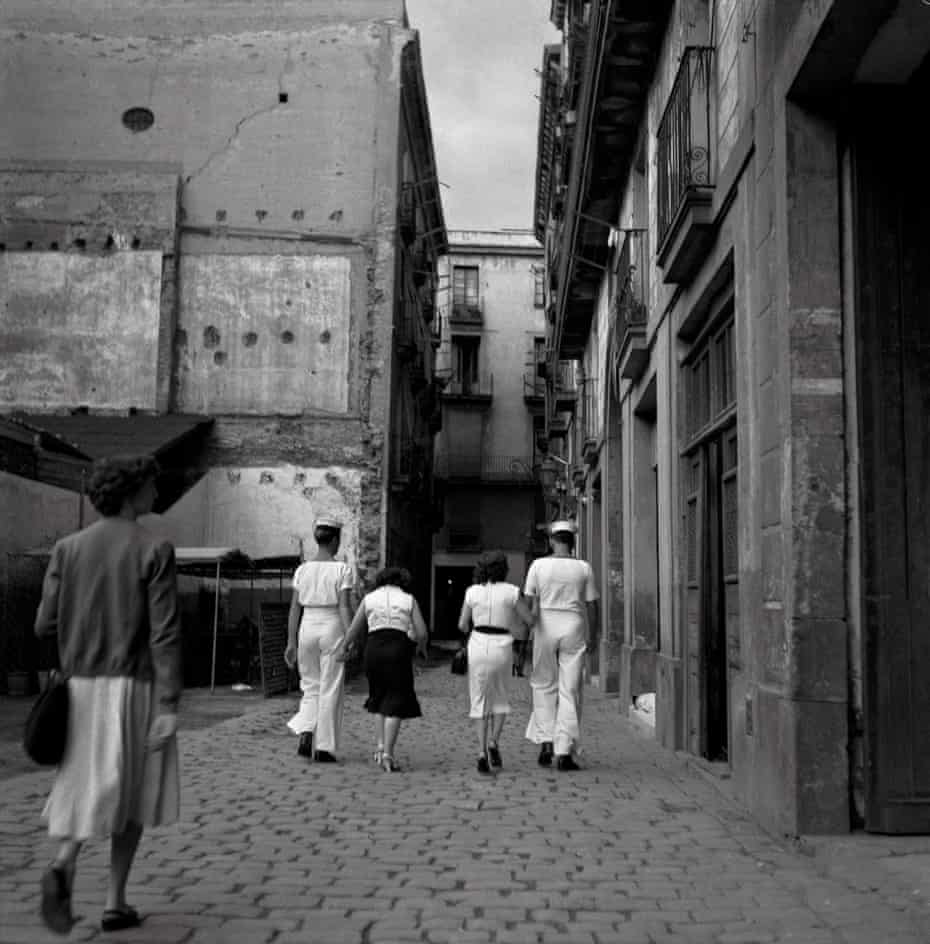 The big picture: the Catalan capital finds its swagger

In 1951, General Franco’s regime in Spain, bankrupted by two wars, did a deal that allowed the sixth fleet of the US navy and some Royal Navy ships to dock in Barcelona. The sailors found the Catalan capital, centre of resistance to Franco and fascism, on its knees. The city’s economy was partly saved by the arrival of sailors, who brought not only dollars but jazz and rock’n’roll and a postwar lightness to the Ramblas. A recent book, The Sixth Fleet in Barcelona, by the Spanish journalist Xavier Theros, itemises this impact. Bars, tailors, souvenir shops – and the sex industry – boomed. Barcelona was reinvented as a tourist destination.

This photograph of sailors in Barrio Chino in 1953 was taken by the pioneering documentary photographer Francesc Català-Roca, who died in 1998, and whose centenary is celebrated this summer at the festival PhotoEspaña in Madrid. Català-Roca was the son of a Republican photographer, Pere Català-Pic, famous for an image of a peasant’s shoe stepping on a swastika. The younger man made two landmark studies of postwar Barcelona and Madrid, though his work received little recognition during the repressive Franco years.

This picture is typical of his storytelling. The crisp white bell-bottomed dress uniforms of the sailors contrast with the greyness of the alleyway ahead of them. The woman in the foreground eyeing the group in her flat shoes and loose dress offers an implicit commentary on the scene. There is, it seems, only one vanishing point to which the urgent couples ahead of her can be heading that afternoon. All the tensions of the city in those years are present in the imported swagger of the sailors; by the 1970s the “marineros” were increasingly seen as a symbol of the Madrid dictatorship and were targeted by Catalan separatists. The sixth fleet finally departed in 1988.