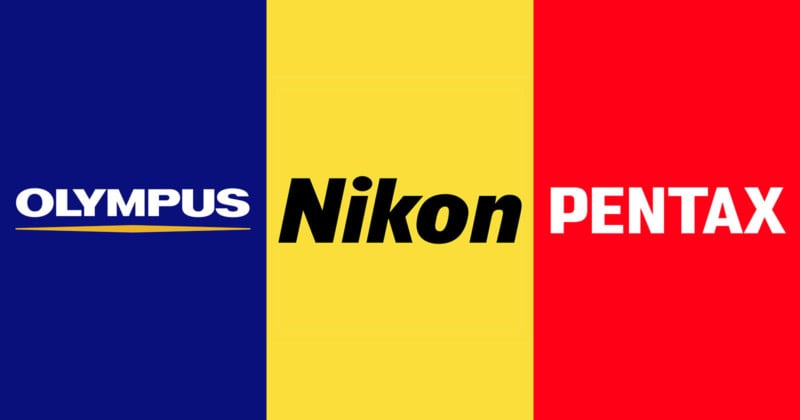 Earlier this month Olympus revealed some of the thought process behind the 2020 sale of its camera division in which the company jettisoned it in order to pursue greater stability and profitability from its broad portfolio of medical technology. This is in stark contrast to Nikon, which has wiped the slate clean and started again. What is going on with Japanese camera manufacturers and are there any lessons to be learned?

Ever since people started making cameras there has been a willing queue of customers, with a plethora of companies selling models of every variety imaginable. What is undeniable is that the sector has always been a hotbed of technological innovation; photography was a breakthrough disruptive technology in and of itself, and since that moment the pace and scale of change have been breathless. The growth of the market has seen a natural waxing and waning of producers, with the creation, merger, and bankruptcy of businesses a natural part of that process.

What is clear from looking at major players through the history of photography is that they tend to grow out of a specific niche and then expand into related technologies. Many key camera manufacturers grew out of expertise in optics, such as Leica and Nikon, while others focused on film and processing (like Kodak). Along the way, a manufacturer may decide it needs to bring in expertise (such as Sony integrating Minolta), incorporate itself into a larger organization (such as Pentax merging with Hoya), or shed a part of the business seen as no longer relevant (Hoya, again with Pentax).

What has been apparent is that, in order to be a global player in the industry, you need to be big. The question is what happens when the industry flips and you cease to be financially relevant?

There is a direct analogy for this in the form of film manufacturers after the pivot to digital. Kodak, Fujifilm, and Polaroid were all heavily invested in predominantly mono-businesses. Their profits came from film manufacture plus processing, with camera production a loss leader. They catered to both the professional and mass markets; when the latter dried up, the former could not sustain them without a viable business alternative.

Kodak’s tragedy was that it had all the technological ingredients for cornering the digital market and failed to take them; Fujifilm’s success was that it understood where key markets would develop and, in a prescient move, reduced its reliance on the photography sector.

Because Japanese camera manufacturers largely cornered the market from the 1960s onwards, mergers and closures over the last 20 years have predominantly been in Japan. We can count Minolta, Pentax, Casio, and Olympus amongst many others. However , this manufacturing trail, littered with the carcasses of names from a bygone era, is actually the result of two diverging trends.

The first was the phenomenal growth of the digital camera with a near-unquenchable thirst from the mass consumer market, peaking at 121 million units in 2010 . Yes, some manufacturers struggled to move from film to digital (Fuji, Olympus, plus Pentax being notable) but everyone was making money in an expanding market. The sale of digital camera manufacturers (such as Minolta) was often about bringing in technological expertise.

This is within stark contrast to the last decade where the overriding trend has been one of contraction. Yes, the mass market camera segment has continued in order to expand, but this has been usurped by the smartphone. The particular digital camera serpent has been beheaded, leaving the remains thrashing around on the floor. What producers have come to realize is that – at least for the time being – cameras have returned to their status as professional and top-end amateur products. This repositions them in the marketplace as a profitable, but niche, sector.

Of course , the reason for this readjustment is a technological innovation in the form of the smartphone and innovation hasn’t stopped. The demise of the digital camera as a stand-alone product came at exactly the same moment as the invention of the mirrorless design. This completely wrong-fitted everyone invested in DSLRs. In fact , those that hadn’t successfully transitioned through film to digital DSLR had either limited exposure or had to start again. Sony, Fuji, Panasonic, and Olympus all fell into this camp, leaving Nikon and Canon leading a collapsing segment.

After the market peak of 2012, we can learn lessons from the declining fortunes of three manufacturers: Pentax, Nikon, and Olympus. Pentax was perhaps unlucky in being caught as an unloved camera division that was being off-loaded by Hoya to Ricoh in 2011. This couldn’t have come at a more disastrous moment; it was heavily invested in DSLR, mirrorless, and medium format and, of all manufacturers, had a diverse and successful portfolio which it persistently failed to capitalize on.

Purchased for a reportedly svelte $125 million, Ricoh has de-invested from medium format at a time when Fuji, Phase, and Hasselblad have successfully expanded the market. They also pulled out of the mirrorless market because every other manufacturer invested heavily. Pentax has maintained its DSLR presence and – indeed – invested in producing its first full-frame model. These have been modestly effective and well received, if produced in small numbers.

Pentax’s strategy has therefore been to pair back investment, stick with existing technologies, plus pull out of emerging ones. If this is a business strategy, then it is one that minimizes investment while still extracting profit from the business and has to be one destined for obscurity as much as Pentax might espouse that “[it] believes in the future of SLR photography. ”

Nikon, in contrast, has reassessed its business and realized that the future is not in digital cameras . It has therefore taken the pragmatic decision in order to scale back its Imaging Division. However this is not the slow demise that seems to be befalling Pentax, but a brave decision to wipe the particular slate clean and start once again with a single-minded focus on the mirrorless future that is profitable.

The problem Nikon has had to wrestle with is managing collapsing DSLR sales while developing a completely new mirrorless system, all complicated by COVID. To do this it closed down the ill-fated 1 System and has slowly been removing production from DSLRs, while restructuring. The end result has been a slew of new cameras, an expanding range of lenses, and lens and strobe partnerships to maintain system breadth, all of which has resulted in a profitable division and significantly diminished market share.

While Nikon is not the market force it once was, it has undoubtedly succeeded in starting again and only time will tell how important it remains in the sector.

Olympus led the mirrorless charge with the release of the Micro Four Thirds (MFT) standard and with the OMD system has created a brilliantly stills-camera focused range. While an early leader, it rapidly ceded its mirrorless crown to Sony and has gradually faded in market share as time progressed.

While Olympus has doggedly pursued the Four Thirds format since the 2003 release of the E-1, small sensors have largely already been ill-fated with APS-C both more popular and a better-understood quantity by the consumer. It was Sony’s belief in full-frame that has driven the market pivot in order to mirrorless. The principal competition to camera manufacturers is the mobile phone and consumers (at least in volume) may well see MFT as the worst associated with both worlds. Lacking the quality and bokeh of full-frame, without the intrinsic size and computational benefits of a smartphone.

In a short interview with Fortune magazine , Olympus’ CEO explains that the sale of the camera department to Japan Industrial Partners (JIP) was a pragmatic one to generate value before it became obsolete. The implicit admission is that the division was in a spiral of falling profitability, at least within the context of Olympus as a multi-national corporation. Maintaining a significant presence within the industry requires significant research and development at a time of market contraction; it felt this particular wasn’t tenable.

JIP clearly believes there is profit to be made with OM Digital, even if it’s at a lower level. The OM-1 is really a testament to this, although how the system develops over the next five years will demonstrate the success of the business, although it’s clear it won’t have the same resources that Olympus had.

Over the last decade, we have witnessed the changing fortunes of three Japan manufacturers with three different responses. Pentax has decided to “stick” with what it was already doing, Nikon has chosen to wipe the slate clean and “switch” completely to a mirrorless future, while Olympus offers pulled out completely, “off-loading” the camera division. At face value, Nikon has achieved the greatest success so far. Pentax remains all but a vanity project, while it’s still too early to see how well OM Digital is doing but it is moving forward.

Against this backdrop are the Sony and Canon juggernauts. There is space in the industry for all these players (and others such as Panasonic, Sigma, and Leica), however quite what it will look like in five years remains to be seen.