‘The flash of red by her ankles is reminiscent of defiance’: Ako Salemi’s best phone picture – The Guardian 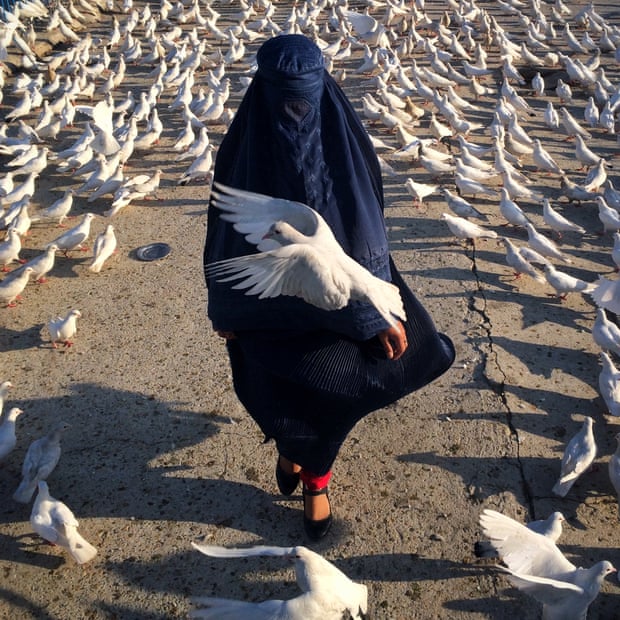 ‘The flash of red simply by her ankles is similar to defiance’: Ako Salemi’s best phone picture

The Iranian photojournalist on a woman he spotted in northern Afghanistan

I n 2015, Ako Salemi was on a photography trip to northern Afghanistan with fellow Iranian photojournalist Majid Saeedi. One day, the pair were exploring near the tomb of Hazrat Ali ibn Abi Talib, known locally as the Blue Mosque for its intricately detailed blue tiled domes and exterior. People feed the many doves – a symbol of peace – that gather around the tomb, and Salemi photographed this woman as she carved a path through the flock.

“I didn’t notice it at the time, but afterwards I found the flash of red by her ankles amazing – almost reminiscent of defiance, ” Salemi says. Unfortunately, he couldn’t interact with the passerby, or show her his photo. “A man can’t talk with a woman in the streets of Afghanistan. In the radical interpretation of Islam, women are believed to belong to their men, and nobody else should see or talk to them. If you speak with a woman who you don’t know, her father or brother or husband may get very angry. ”

Salemi hopes that images such as this will ensure that people in western countries don’t forget about women in Afghanistan. “They have fought for their rights for years, and now the Taliban have regained control, they face a very bad situation. Afghanistan was already a country without freedom and human rights for women, and for men, too. Now they are fighting for their most basic rights. ”