Vivian Maier: Anthology review – the attentive, intimate images behind the myth – The Guardian 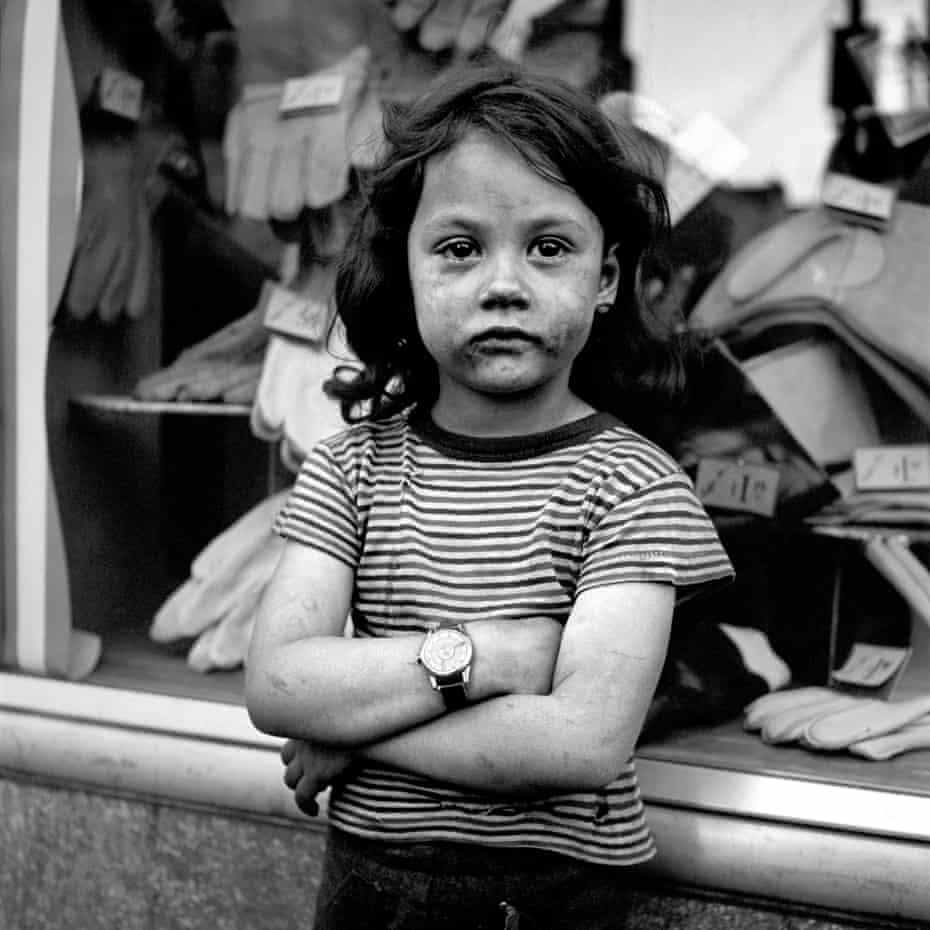 MK Gallery, Milton Keynes
The extraordinary life story of the nanny who was secretly a street photographer can overshadow her groundbreaking images – but at the first UK show of her work they take spectacular centre stage

In her lifetime, while working as a nanny in New York and Chicago, and living an intensely private existence, Vivian Maier simultaneously created around 150,000 photographs, her other life unbeknown even to those who employed her. Unsurprisingly, given the creative canonisation that followed the discovery of her archive in 2007, the myth of Vivian Maier has tended to receive as much, if not more, attention than her actual images. This deftly curated exhibition, comprising just 140 photographs, goes some way to redressing that imbalance.

Anthology highlights the range of Maier’s work – street scenes, snatched portraits and mischievous self-portraits as well as formal architectural studies, urban still lifes and angular closeups of arms, torsos, skin and fabric – but also her eye for moments of quiet intimacy or reverie. Sometimes, she seems so close to her subjects that you long to know what happened just after they heard the click of her shutter. Often, one or two individuals are singled out for her attention, freeze-framed amid the street bustle and bathed in light and shadow: a young woman in profile, her face veiled, appears both glamorous and mysterious as if she had stepped out of a noir film; two women, both draped in fox-fur stoles, caught from behind while deep in conversation; a dapper, bequiffed young man stares intensely at a pigeon that has landed, wings outspread, on his hand to peck at a bag of birdseed.

At other times, she shoots from high above the streets, homing in on the widescreen play of silhouetted bodies against the angles and grids of modernist mid-century Manhattan. She seems to have embraced each new challenge, or perhaps anticipated the shifting nature of the medium as it moved from straight documentary to something more expressively exuberant. When, for instance, she starts using colour film in the late 1950s, her approach becomes looser, more mischievous, as if she were entranced by the rich hues and deep, painterly tones as much as the subject matter.

Born in New York in 1926 to European immigrant parents, Maier was by all accounts an instinctive outsider, insular and guarded, but utterly driven in her vocation. As a photographer, she was removed from, but constantly alert to, the myriad small human dramas of the modernist city. That said, she was not a detached photographer nor a predatory one, her quiet attentiveness placing her in the creative company of the likes of Helen Levitt, rather than more confrontational street photographers such as Garry Winogrand.

The fact that Maier often brought her young charges along with her when she photographed may have added to her anonymity on the streets. The children must surely have been held to a vow of omertà for, as the documentary Finding Vivian Maier attests, even those who thought they knew her were utterly astonished by the audacity of her clandestine creative life. More striking perhaps, in terms of our contemporary fame-fixated culture, was her utter lack of interest in exhibiting her work, much less in embracing the attention that might have come with that kind of exposure. The making of it seems to have been fulfilment enough and no doubt brought its own solitary kind of freedom.

This distillation of her work creates a powerful sense of an artist on a journey of discovery entirely of their own making. Perhaps the most dramatic creative leap occurs when Maier starts shooting in colour and moves from the imposed formalism of a twin-lensed Rolleiflex camera, held at waist-height, to the freedom of a 35mm Leica with a viewfinder. The telling details she was drawn to throughout her career suddenly become more playful and textural: a woman’s legs outstretched on a brightly painted park bench; a closeup of a female waist, from which hang two handbags, one embossed with fake leaves, the other packed with brightly coloured flowers. Even more surprising is a formal study of a stylishly dressed woman and two children standing in a Chicago art gallery, which prefigures the kind of large-format, formal tableaux Thomas Struth began making in famous museums three decades later.

Maier’s portraits of children cannot help but be intriguing, given her day job. As the contemporary British photographer Vanessa Winship notes in a wall text, they tend to be “unflinchingly direct”. A case in point is a posed portrait of a young girl standing, arms crossed, in front of a shop window, her gaze so intent it takes a moment to notice her dirt-streaked face and eyes brimming with tears. It is a complex image, haunted and haunting, vulnerable but defiant.

Mostly, Maier photographed children as she did adults: as themselves, without artifice or sentimentality. They often inhabit the same urban milieu, long since disappeared, as their hard-bitten parents: untidy streets and sidewalks, tenement blocks and urban wastegrounds, where they pose, play and stare suspiciously, or stoically, at the strange, strait-laced lady with the camera.

It seems oddly fitting, if somewhat out of character, that the strange, strait-laced lady with the camera also appears in the work from time to time. Her self-portraits are by turns mischievous, knowing, almost ghostly and slyly, presciently conceptual. It’s as if she is saying: “Here I am, hiding in plain sight.”

In many ways, Maier was a woman apart and resolutely ahead of her time, stepping into the frame with a quiet self-assurance that may also, come to think of it, have underpinned her blithe indifference to any form of recognition or acknowledgment. Is that not, in itself, a supreme kind of self-belief?

At some point, around the beginning of the new millennium, Maier stopped making work, beset by financial difficulties. Homeless for a time, she was supported by a family that had once hired her as a nanny. Her archive languished in a storage facility until it was sold to pay off mounting rent arrears. She died, unnoticed and unsung, in 2009, aged 83, just two years after the discovery of her vast body of work and the beginning of her ongoing canonisation. The arc of her extraordinary life lends itself all too easily to romantic tragedy, but, from the evidence of her rich and varied body of work, Vivian Maier never doubted her own artistic worth. She just did it her way.