“What Discontinued Thing Do You Really Want Brought Back? ” (30 Answers) – Bored Panda 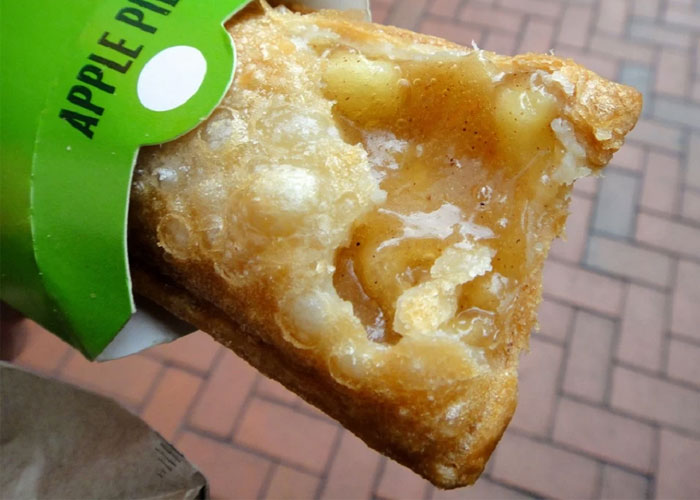 One inevitable truth in life is that time goes by, seasons change, and your favorite food items silently disappear from grocery store shelves, leaving you a little heartbroken and a lot confused. Chances are, you’re feeling nostalgic over at least one beloved funky and junky snack that is gone forever . Vanished as quickly as it appeared. Never to be heard from again. And, most of all, taken from you too soon.

Unfortunately, we can’t (yet! ) time travel our way back to those carefree childhood days when we devoured sugary cereal and crunchy cheesy goodies like there’s no tomorrow. What we can do, however , is reminisce about the past while we hopefully wait for these memorable munchies to make a triumphant return to our kitchens and, consequently, our stomachs.

“What discontinued thing do you really want brought back? ” asked Redditor kellerisdabest , and inspired thousands of passionate people to share what products they miss dearly. From lime Skittles to Crystal Pepsi to even Listerine mouth strips, our team at Bored Panda has scoured the thread and hand-picked some of the best responses to share with you all, so continue scrolling! Be sure to upvote the ones you agree with and share your own takes on what foods need to come back immediately in the comments. Deep fried McDonald’s apple pie. The one from the 1980’s to 1990’s. The one that was crispy and the temperature of molten plutonium inside. That s**t was the best. Surprises in the cereal boxes!

Not the “enter two codes inside on our website” bull. Actual, physical THINGS in a package floating somewhere in that box of Cheerios! Old school Pizza Hut. RIP to the salad bar with that amazing creamy Italian dressing and being able to get pitchers of beer or Pepsi. When you would win a free coke from the plastic bottle cap. Those were the best. Or the mcdonalds monopoly game when you could get free fries or something.

Jelly jar juice glasses. In the 1980s and maybe early 90s, my family acquired a few sets: dinosaurs, plus Tom and Jerry. They were the perfect size for kids to use and the different designs helped us keep track of whose had been whose. (Mine was the pterodactyl. ) I don’t know why they stopped being made. Seems like Pokémon and Star Wars would be great co-branding opportunities.

Edit: Apparently I’m not the only one. Let’s start a letter writing campaign to Welch’s! Chi’s! I don’t know what was better…the queso dip, the fajitas, or the fried ice cream. Butterfinger. It isn’t discontinued but I wish Ferrero would go back to the original Nestle recipe. It tastes like I dropped a butterfinger in a pile of sawdust and let it sit there until it expired and then ate it. No similar product can really compare to the original Butterfinger. Taco Bell’s Grilled Stuffed Burrito. I have no idea why they discontinued this. It was the only thing on the menu I would order. Nothing else comes close. I’m not really into Dr . Pepper, but the Berries & Cream Dr . Pepper had a chokehold on me that no other soda has ever had. This is obscure, but Pepperidge Farm made salad croutons that were absolutely amazing. Perfectly flavored. Perfectly crunchy. Nothing else compares. HERSHEY’S CHOCOLATE MILK POWDER!!! The flavor and the texture of the powder were like no other chocolate milk in the history of mankind. It was so delicious that our family’s main method of consuming it was to barely dip a shallow spoonful of the powder into milk, scoop up the barely dissolved milky powder, and eat it straight. Hershey’s discontinued it in favor of their chocolate syrup, which was the worst decision ever made by a corporation. I would do anything to get it back.

P. B. Crisps. I cannot wrap my head around why they won’t bring them back. It would be such a home run. I just want some P. B. Crisps!

Note: this post originally had 53 images . It’s been shortened to the top 30 images based on user votes.